Illustration is everywhere today, in our newspaper, on our screen, in our books, in the street, in our whatsapp, on our feed, on our tee-shirts, and on a large portion of our everyday objects.  With efficiency and often with incredible humour they accompany us through our day.

“Simply put, illustration is visual communication through pictorial means. […]. In other words, however delightful, accomplished or arresting an artpiece may be, it is illustration because of the intent to communicate a particular message or piece of information. And, while illustration often accompanies or refers to a written or spoken text, it may also operate independently. Because the illustrator must make visual what words can only generally indicate, illustration originates meaning, just as writing does.”

And this is why illustration matters: as a communication means, illustration does something that words can’t and it does some things that are particularly suited to today’s society.

1. Illustration is not neutral

We leave in a world of both political correctness and political extremism.

Illustration can explicitly present new (or old) knowledge or ambiguously present debate or bias. But they force viewers to ponder, to take a side. As such, illustrations are not neutral and they engage today’s society with difficult themes.

By its nature on the margin of the fine arts but embedded in society’s daily life,

illustration constitutes an impactful discourse, a parallel voice. Because not only is illustration independent, its voice is also profoundly individual and human. It means that illustrations also have the power to give voices to invisible people, to stories outside of mainstream narrative. Illustration witnesses, points to, comments, interprets and reacts to social, political and cultural issues and open new narrative possibilities.

Illustrations are both individual and collective: while they often are individual in their composition, they are collective in the narratives, the stories they tell.

As I mentioned earlier illustration make us feel and think, and they are designed as such – to make feel and think a broad public. Illustrations, unlike many other fine art forms, are meant to reach a broad public. The images themselves are designed to be decoded easily by a majority (or by a specific community it addresses). Its impact is often instantaneous: it delivers a whole idea with all its complexities and tensions in a single image.

Words need to unfold in time to argue and convince, images impact with a glance.

This means that illustration often become symbol, for various social, political or cultural issues. Think for example of how images of Pippi Longstocking have come to embody fearless childhood and strength.

Illustrations are also a universal language because the space of illustration is the public space. Illustration are often mass-produced and distributed widely, through a wide range of media and because of its very public nature and instant impact on the viewer, illustration opens the debate in a different way and engages society at large.

People assemble and reassemble around illustrations; they use them to convey new and old ideas, as weapons of the mind.

This omnipresence of illustration in our lives means they have an enormous impact on our identity that is on our social and personal identity. For example in the children book we read: the way our environment, our relationships are represented, the way the social behaviors are coded, become for the viewer the norm. The illustrations themselves, because they often focus on the ‘unsaid’ (a character’s emotions or appearance, a social, cultural or historical context), provide us with greater grounding in identity formation processes than the text itself. And we need them because in the end we are made of illustrations.

Illustration crosses medium effortlessly, from books, to VR, to animation and games, to textile, to ceramic and more, illustration crosses interdisciplinary boundaries. Its status at the borders of fine arts but embedded in daily life gives it an incredible freedom of form. Every time it shapeshifts, illustration enters another space of our lives, another context. It makes us think and feel in a different manner. This fluidity gives illustration the opportunity to impact all layers of life. When I read my morning paper (on the screen), when I see a poster while biking through town, when I pick a cup in the cupboard, when I notice a student’s tee-shirt, when I buy a special print for someone’s birthday, when children read an illustrated book with their parents, when they do their homework looking at their school books, when they send ‘stickers’ on their smartphone, when they look at a new animation, when they immerse in a new game… Imagine how much is communicated by illustration in all these forms, imagine the strength this fluidity of form gives illustration!

So, why does illustration matter today?

In a world of extreme where voices are silenced, illustration gives them a voice and its non-neutrality makes it an early-warning system for society. In a world where humor and nuance is fast disappearing, illustration tells profoundly human and nuanced stories. In a global society, it talks a universal language.

And finally illustration offers a fluid language for a fluid society in perpetual movement. This is why, to me, illustration matters today. 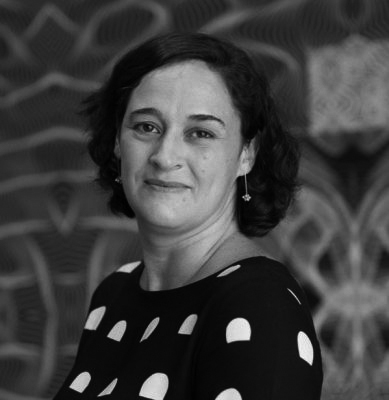 Prof. Dr. Emilie Sitzia (1978) is an art and literature historian specialising in the relationship between word and image and the impact of art on audiences. She holds since 2017 the special chair Illustration at UvA (Fiep Westendorp foundation).